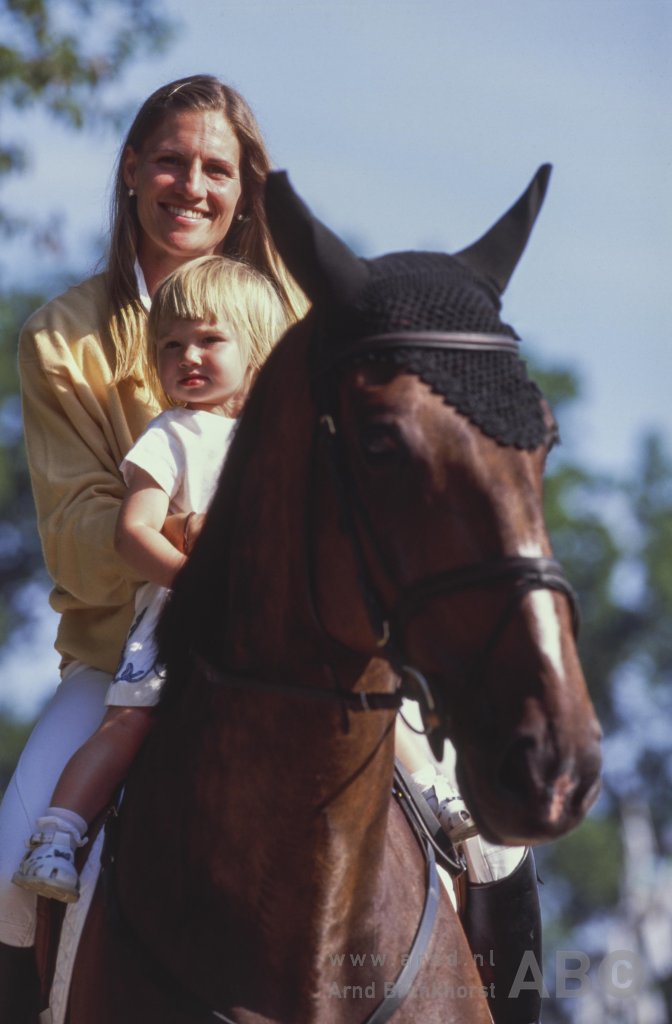 It Jumps in the Family

Sitting in the saddle with her mother at the age of one is one of the early memories that cultivated Julia’s love for riding. As the daughter of Canadian Show Jumper veteran Tani Zeidler and Dutch Olympic gold medalist Jan Tops, Julia, now 21, was born to be a rider.

Living up to her parents’ legacy, she has established herself in the riding world by excelling in competitions worldwide. At 13, in addition to finishing ninth in her first grand prix, Julia also became the youngest rider to win the CET Medal Western Regional Final in Vancouver, BC.

Julia had another historic moment when she became the first North American junior rider to be sponsored by the leading equestrian apparel company, Kingsland, in 2014. The following year she competed at the North American Young and Junior Rider Championships in Kentucky as a member of the Canadian junior team.

In addition to her impressive results jumping at shows across North America, such as the Winter Equestrian Festival in Wellington, FL, and Spruce Meadows in Calgary, AB, Julia has been excelling on the Global Champions Tour in Europe. 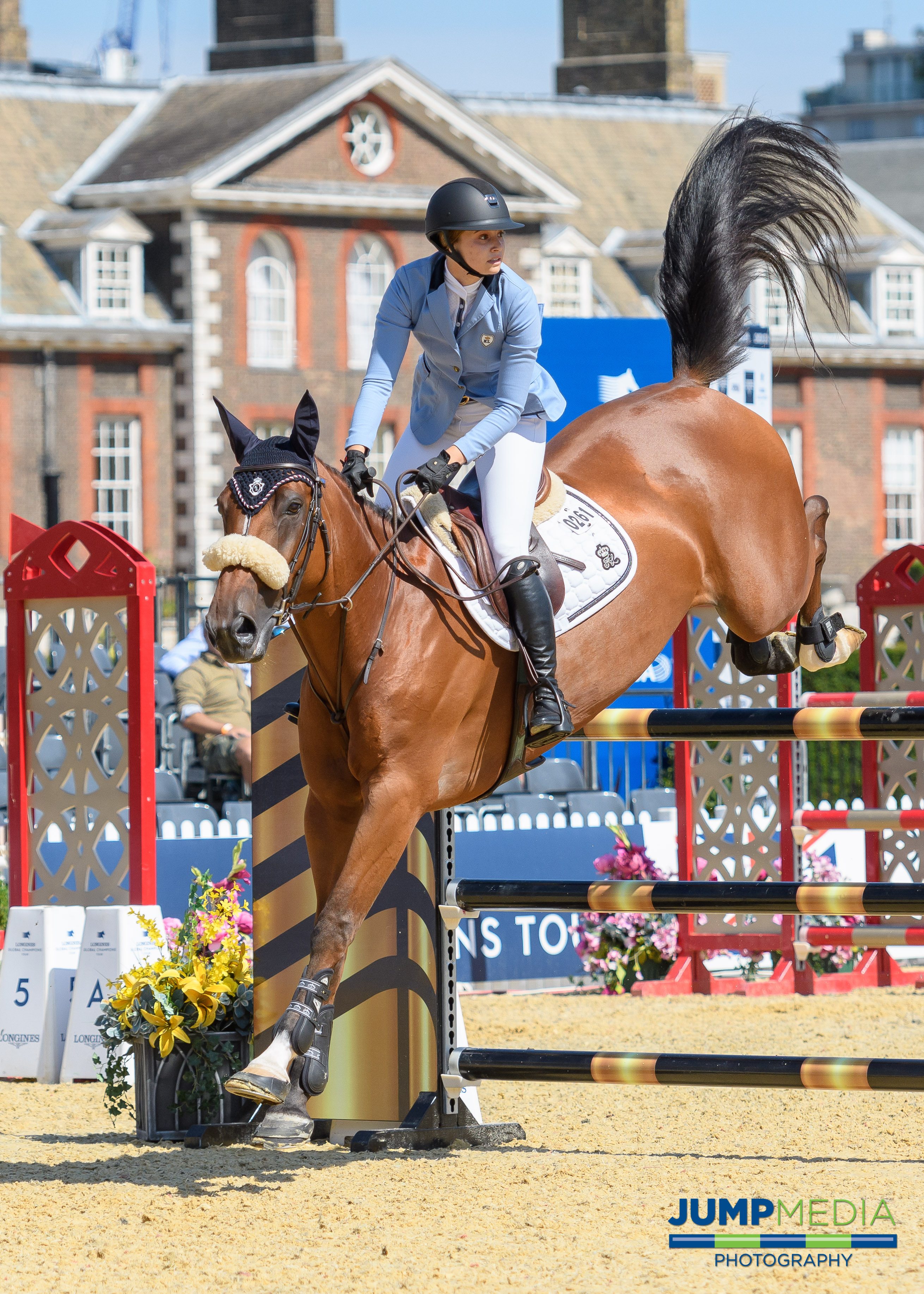 Alongside her flourishing riding career, Julia is a self-proclaimed nerd. Juggling both her academics and riding career proved to be trifling task for this First Class Honours student. Surviving the International Baccalaureate program while simultaneously thriving in the global equestrian scene earned Julia the John S. Burns Family Trophy for outstanding dedication and work ethic in her senior year at Calgary’s Strathcona Tweedsmuir School (STS).

Julia also served as an active member of her school community. In addition to choir and volunteering at the local food bank, Julia attended conferences in New York, Berkley, and Washington, D.C., through the Model United Nations (MUN) program.  Due to her extensive experience in the program, she was made coordinator for the STS MUN conference for grade 9 students as a senior.

To pursue her interest in international law and development, Julia is currently attending the University of Toronto’s Trinity College as an International Relations and Contemporary Asian Studies student.  She maintains a busy lifestyle with her involvement in her sorority, Tri Delta, while also being a lead analyst for the G20 Research Group.

GET TO KNOW JULIA

Describe the relationship you establish with your horses and how you go about cultivating that relationship?

The horses are your partners. One step at a time, you put in the work in toward developing that relationship. It’s important that in the time that I am riding, I am focused, and devote the necessary time and energy into training with my horse as a team. It’s important to have compassion and patience, just as you would toward a friend you care for. Be understanding of their shortcomings and by being persistent, you can work toward overcoming their flaws in time.  In doing so, you can become a great team.

What one piece of advice would you give to young new riders? 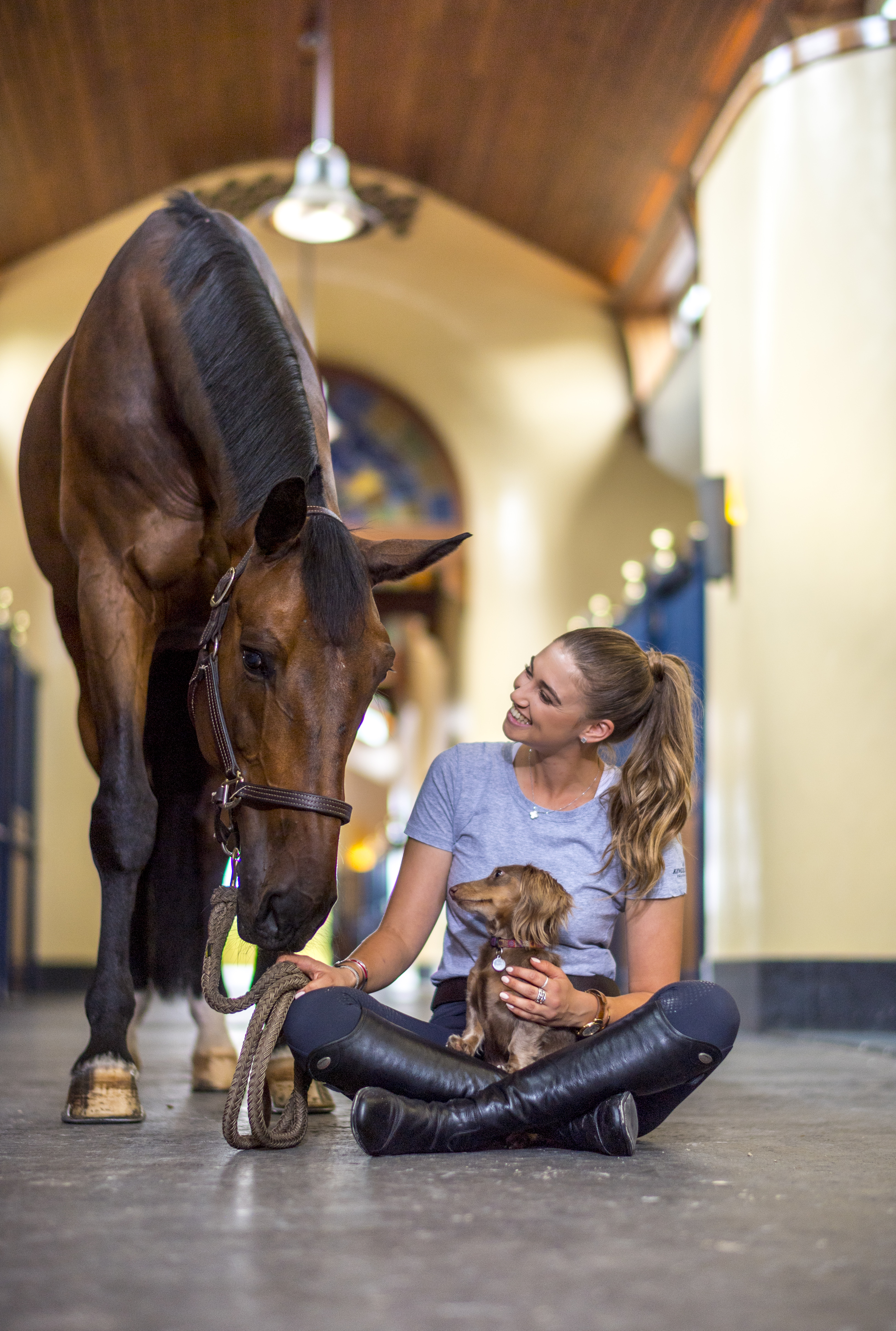 Get comfortable with being uncomfortable. Everything is new to you, you’re constantly learning things; without a doubt, you will be uncomfortable. To succeed, learn to enjoy consistently getting outside of your comfort zone.

What is your morning ritual before a show?

I wake up, have a cup of coffee, then rock out to music in the car while driving to the show. Before showing, I ride the horses on the flat, do some light exercises, get another coffee, walk the course, and get ready to compete!

What was the most valuable skill you learned from juggling both school with riding?

Prioritizing. While having such a hectic schedule, you realize what it is you really value versus what is causing unnecessary worries. Pick your battles! I plan my schedule around which show I need to go to or what projects I need to get done. If I have an exam or major paper for school, I will ensure I’m not riding that weekend. Ultimately, while I’m only in school for four years of my life, school has a special priority.  University is such a brief period of your life, it’s important to work hard while you’re there and also take the time to enjoy it.

Which character from Friends are you?

I’m a mix of Monica and Rachel. Like Monica, I’m obsessive and organized, especially about school and riding, but I’m also fun-loving and hip like Rachel is.